くback
Gods Of Rome (Gameloft)
This project went through some fairly big changes over its development, and in fact took a few years before it was finally released. During that time I jumped on and off the project as required.
During my time on the project I was involved in -
Environment Art (Arenas)
Lighting
Optimisation
FX
The game was released in late 2015. 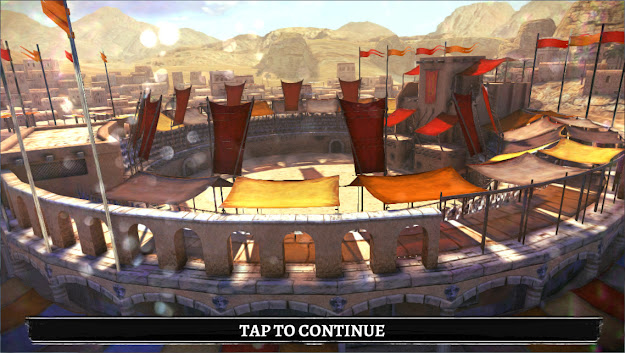 This was our first environment for the game. I worked on this creating props etc.. The final in game arenas are a lot smaller than these original ideas. 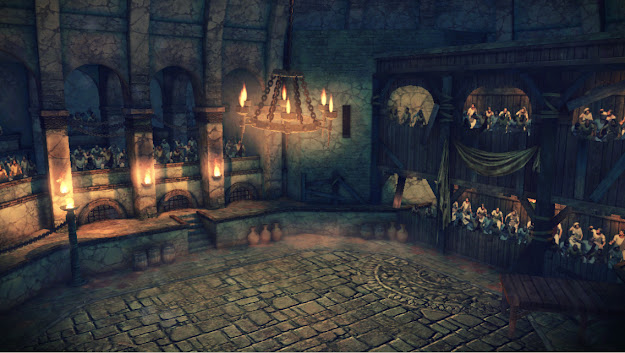 My first lighting pass on this early environment. I also did some Prop modelling and texturing. 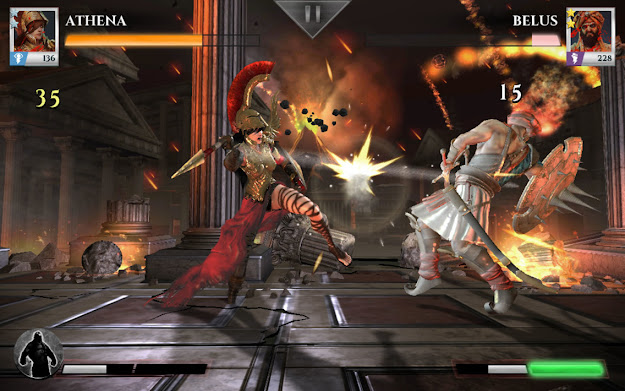 Some of the FX I worked on-- Fire, Volcano explosions etc..